Nestled in the northwest corner of Lancaster City, the Stadium District features charming residential row homes as well as easy access to the city’s nightlife, shopping, and cuisine. 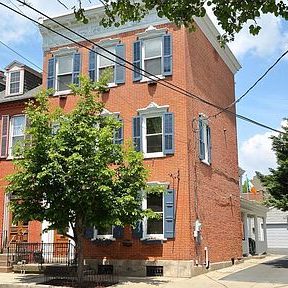 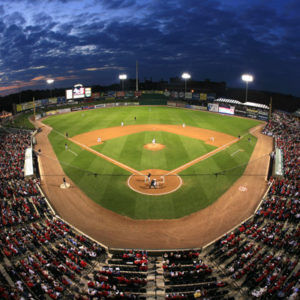 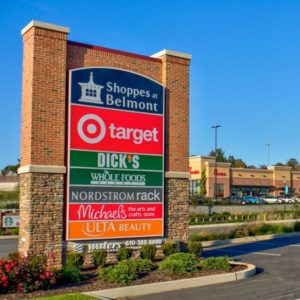 Sporting a superb walkability score, the Stadium District is named after the Clipper Magazine Stadium—home to the Lancaster’s Minor League Baseball team, the Barnstormers. The District is nestled between two major roads leading into Lancaster City—Manheim Pike and Harrisburg Pike. Featuring both the distinct character of Downtown Lancaster and the handsome new construction by Charter Homes & Neighborhoods which surround the Shoppes at Belmont, this neighborhood is a blend of historic and modern.

Looking for large green spaces to escape to? Long’s Park is famous for its vast grassy areas, a petting zoo with goats, pigs, and a llama, and the annual Summer Music Series! The Stadium District is also nearby Franklin & Marshall which was founded in 1787. It's a gorgeous campus to explore during a leisurely walk.

Most of the Stadium District’s residents are located within the School District of Lancaster—a racially and socioeconomically diverse school district with a variety of educational tracks to help students succeed. Homes located in the north section of the Stadium District may be located within the Manheim Township School District. Their student body consistently scores above the state average in reading, writing, and math.

For residents interested in private schooling, the highly-rated Lancaster Catholic High School is mere minutes from the Stadium District. This co-educational school is part of the Roman Catholic Diocese of Harrisburg secondary schools and champions faith, tradition, and excellence. It also offers $1.2M in tuition scholarships every year to families requiring financial assistance.

Homes in this neighborhood are on average only 2-3 miles away from major shopping centers such as Park City Center and The Shoppes at Belmont. Its close proximity to major highways (Route 30, 283, and  222) make it an easy-to-access neighborhood.

The Stadium District is a great up-and-coming neighborhood for anyone looking to call Lancaster City home.

All information provided is deemed reliable but is not guaranteed and should be independently verified. No reproduction, distribution, or transmission of the information at this site is permitted without the written permission from the MLS Participant.
IDX information is provided exclusively for consumer’s personal,non-commercial use, that it may not be used for any purpose other than to identify prospective properties consumers may be interested in purchasing.

Save favorite listings, searches, and get the latest alerts

Save your favorite listings, searches, and receive the latest listing alerts

4 Advantages of Owning a Home

5 Reasons to Sell Your Home